Join our team! We have immediate job openings, call the office for more details

Keratoconus is a rare, progressive disease that affects the cornea, which is the clear, transparent layer at the front of the eye. 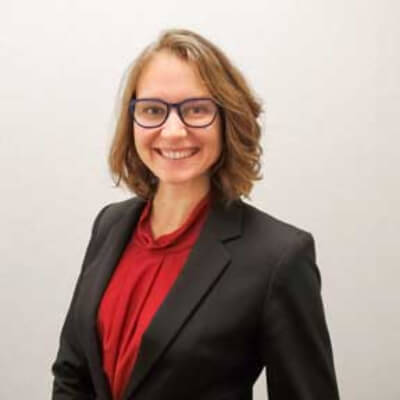 Dr. Cynthia R. Collins graduated from the University of Colorado Boulder in 2011 with a degree in Anthropology. She then went on to obtain her Doctorate at the University of California Berkeley School of Optometry and graduated with honors in 2015. While attending Optometry school, she was inducted into Beta Sigma Kappa Honor Society for academic excellence. Her optometric training included rotations throughout the United States with emphasis in ocular disease, specialty contact lens fittings, surgery co-management, and traumatic brain injuries.

Prior to moving to Myrtle Beach, Dr. Collins practiced full scope optometry in Colorado with emphasis in dry eye disease, glaucoma, diabetes management, special needs and pediatrics as well as refractive and cataract surgery co-management. In Colorado, she held various board member roles for her local Optometric Society. She and her husband Michael, own and operate a real estate investment business servicing the Grand Strand. In her free time, she enjoys outdoor activities such as mountain biking and wake boarding as well as supporting Hope Bilingial Academy in Nicaragua, a faith-based school encouraging low income students to become the leaders of tomorrow. 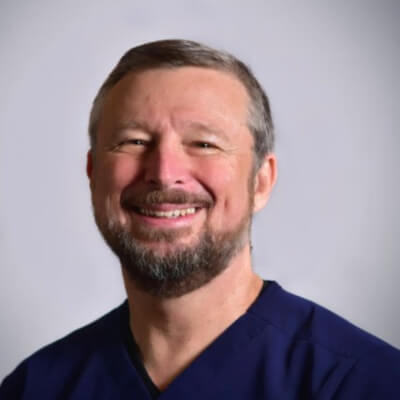 "As a Doctor of Optometry, part of my commitment to my patients is ongoing professional education.  As technology and the world around us changes, I have to keep up-to-date, because I am committed to providing the best care possible for your eyes."

Dr. Thomas J. Weshefsky graduated from Biscayne College in 1976 with a degree in Biology. He obtained a B.Sc. degree in physiological optics in 1985 , and then went on to earn his Doctor of Optometry degree, graduating with honors from the Pennsylvania College of Optometry in 1987. He began his specialty contact lens practice while working with the original patent holder for soft contact lenses, Dr. Robert Morrison of Harrisburg, Pennsylvania in 1986. In 1997 he was among a handful of optometrists from New Jersey who studied with Dr. Jim Day, the developer of one of the early orthokeratology lens designs. 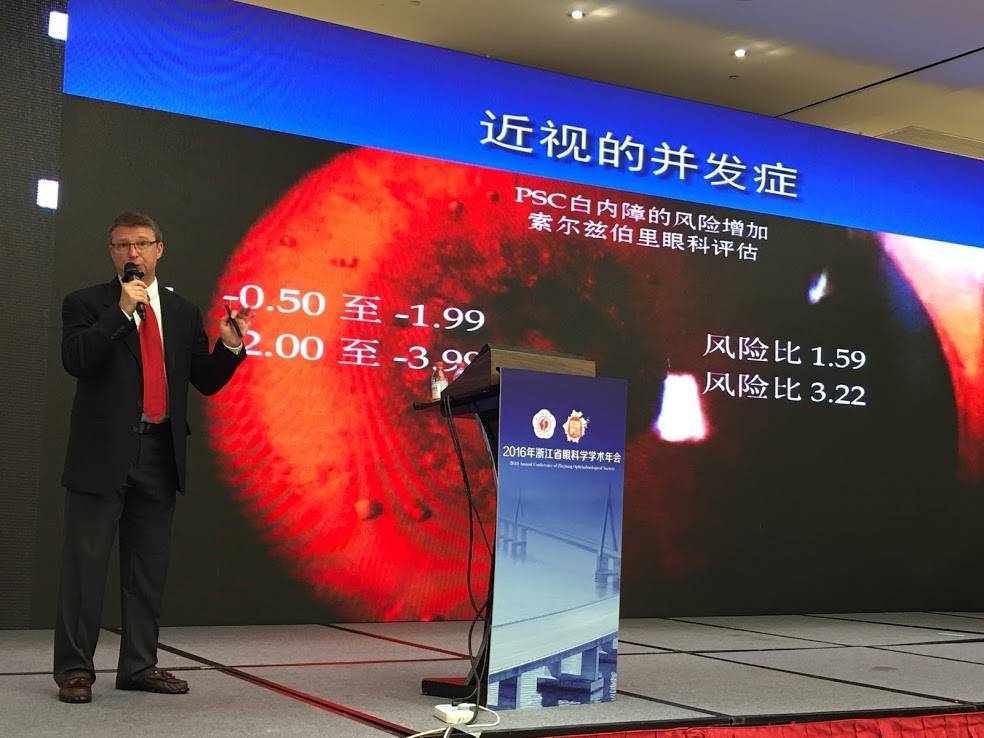 Our Doctor Can Diagnosis and Treat Keratoconus

Your cornea is the transparent, outer lens of your eye, and it typically has a smooth dome shape. Keratoconus describes a condition in which the corneal structure isn’t strong enough to maintain a healthy ball shape.

Meet with our Keratoconus Specialist in Myrtle Beach, South Carolina to define your eye's condition and ways for treatment.

As a result, the cornea bulges outward into more of a cone. Our professional optometric team at our eye care clinic is knowledgeable about how to diagnose and treat keratoconus.

Keratoconus is rare, with an estimated one person out of every 2,000 having the condition. It generally appears in the teenage years and can progress slowly or rapidly.

Keratoconus also runs in families, so if you or your children are at risk, it’s advised to contact us for a thorough eye exam.

Your cornea is held in place by very small collagen fibers. When they are weakened and too fragile, they aren’t able to preserve the round shape of your cornea.

A reduction in the protective antioxidants of your cornea, which act to destroy damaging by-products made naturally by corneal cells, is what causes keratoconus.

In addition to genetics, some types of eye injuries may increase your chance of being diagnosed with keratoconus.

Specific ocular diseases, such as retinitis pigmentosa, vernal keratoconjunctivitis and retinopathy of prematurity, as well as some systemic conditions (Down syndrome, Ehlers-Danlos syndrome, Leber's congenital amaurosis and osteogenesis imperfecta) are also associated with this corneal abnormality.

Our Keratoconus Specialist in Myrtle Beach, South Carolina has years of experience identifying the various levels of keratoconus and other corneal conditions.

When the shape of your cornea begins to bulge, it alters your eyesight in two different ways. As the cone shape forms, your normally smooth corneal surface becomes wavy, called irregular astigmatism. Additionally, as your cornea expands, vision becomes increasingly nearsighted. Focusing becomes impossible without eyeglasses or contact lenses. Usually, the problems begin in one eye and develop later in the other eye too.

Typically, patient’s eyeglass prescription will change often as the vision becomes worse and contact lenses will be difficult to wear due to discomfort and improper fit.

When keratoconus become more severe (which usually takes a long time however on occasion can happen rather quickly), the cornea can begin to swell and form scar tissue. This scar tissue can result in even further visual distortion and blurred vision.

Altogether, these changes can create the following symptoms:

How We Diagnose Keratoconus

Our eye doctors will inspect carefully for the signs of keratoconus during your comprehensive eye exam. It’s critical to inform us of any symptoms that you’ve been experiencing. To diagnose the condition, we’ll measure the shape of your cornea. Computerized Corneal Topography is used for this procedure, which takes a picture of your cornea and analyzes it instantly.

The first line of treatment is usually new prescription eyeglasses. If this solution doesn’t help you achieve good vision, then contact lenses will be tried. Rigid, gas permeable lenses are typically prescribed.

As the disease progresses, however, glasses and soft contact lenses may no longer correct vision and soft lenses may become uncomfortable. This is when other forms of vision correction will be recommended.

At the more advanced stage of keratoconus rigid gas permeable (RGP) contact lenses, scleral or semi-scleral lenses may be used for increased comfort and visual acuity. Since they are more rigid, RGP and scleral lenses are able to create a smooth, round shape around the cornea, creating a smoother surface for better vision.

Scleral or semi-scleral lenses have a larger diameter which covers the entire cornea and reaches over into the white part of the eye, which is known as the sclera.

Many patients find these more comfortable than regular RGPs and find that they move around less when the eyes move. The main disadvantage of these rigid lenses is that for some, they are somewhat less comfortable than soft lenses and they must be continually refitted as the shape of the eye changes.

Whether it is glasses or contact lenses being used to correct vision, patients will likely have to undergo many tests and prescription changes as their vision needs to change.

Intacs are small, surgically implanted plastic inserts which are placed on the cornea to flatten it back to shape. Usually they are able to restore clear vision, with the continued use of glasses. Intacs are often recommended when contact lenses and eyeglasses are no longer able to correct vision adequately. Intacs take about 10 minutes to insert and can delay the need for corneal transplant.

Severe keratoconus may lead to extreme scarring, due to overstretched collagen fibers. If the back of your corneas tears as a result, swelling may occur. It can take months for the swelling to go down, and a large scar is generally created. PTK, a specialized procedure, can smooth out this scar, thereby enhancing contact lens comfort.

Cornea collagen crosslinking is another therapy that has shown to be effective in slowing the progression of keratoconus. An alternate remedy is called intacs, which are semicircular implants inserted under the surface of the cornea to flatten the bulging cone shape and give better vision.

As a last resort, a cornea transplant may be performed. During this procedure, the center of your cornea will be removed and replaced with a donor cornea. The new cornea is stitched into place, and you’ll need to wear contact lenses for adequate vision after the surgery.

Dangers of LASIK and Keratoconus

LASIK can potentially weaken the cornea of anyone who suffers from keratoconus, making it a dangerous procedure. If this happens, your vision will become substantially worse. Even if your keratoconus is mild, LASIK is not an option.

Our Keratoconus Specialist in Myrtle Beach, South Carolina is happy to meet with you for a 1-on-1 consultation to get you back on the path to reaching clear vision.

Meet with Our Keratoconus Specialist in Myrtle Beach, South Carolina